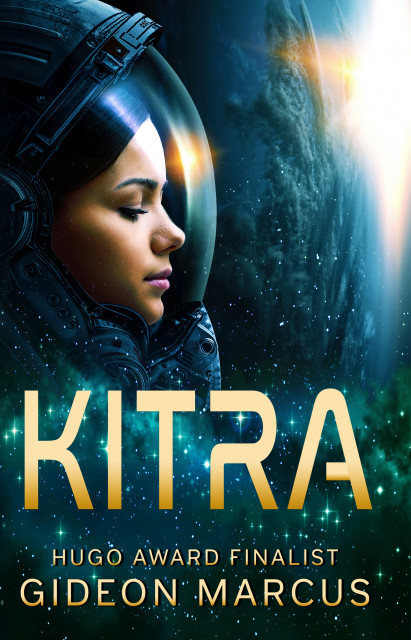 From the pen of Hugo Finalist Gideon Marcus comes the found-family, YA Space Adventure you’ve been waiting for:

Nineteen-year-old Kitra Yilmaz dreams of traveling the galaxy like her Ambassador mother. But soaring in her glider is the closest she can get to touching the stars — until she stakes her inheritance on a salvage Navy spaceship.

On its shakedown cruise, Kitra’s ship plunges into hyperspace, stranding Kitra and her crew light years away. Tensions rise between Kitra and her shipmates: the handsome programmer, Fareedh; Marta, biologist and Kitra’s ex-girlfriend; Peter, the panicking engineer; and the oddball alien navigator, Pinky.

Now, running low on air and food, it’ll take all of them working together to get back home.

With illustrations by Lorelei E. Marcus!